A downloadable ReBoosted Project for Windows and Linux

WARNING: It's been discontinued for the time being. I am sorry for wasting everyone's time. I might be back, i might not be. Time will tell. I am also a terrible coder that can't fix shit, so please, forgive me for that... Just lost my passion at making videogames.

Please check out Hero's project and Infinity engine instead, they are way better than this could ever be.
-Regarding Source Code-

It's fucked. I can't even give it out because the project got fucked when i was updating to latest versions of unity making it fully unsupported by previous versions, i am talking about nested prefabs version. it also broke a lot of shit, too, so yay.

Feel free to tear this piece of garbage apart with C# code rippers, i really don't mind. rip and tear it away as you wish...

WARNING: LINUX VERSION IS UNTESTED. IF THERE'S ANYTHING WRONG WITH IT, PLEASE REPORT IT IN THE FORUM, OR DM ON TWITTER.

Mac version will come after Unity will fix the bug with script serialization within the editor on 32bit architecture. Sorry.

The developer doesn't have a Mac computer, and installing Linux currently is not an option. Keep in mind. If there are major issues, please report them in BUGS AND FEEDBACK.

32-BIT OS IS NOT SUPPORTED AND WILL ALWAYS NOT WORK.

This is a very buggy, unpolished build, so just be aware of that.

Gamepad support is halfway implemented, mainly drifting works off with the triggers. I currently can't test it better since my own gamepad's triggers are broken and i cant get a new one to improve that part.

Sonic ReBoosted is a 3D Sonic Fan-game using it's own variation of boost formula, not trying to replicate other games as much, but to take something from them and make something new with it, while not taking away control from the player.

This project is FREE and Non-profit, if you have ever paid for this, you have been scammed, and you have the right to demand a refund.

Sonic franchise, it's games and characters and any other related media belong to SEGA.
This game has been made without SEGA's permission.

Do not redistribute on physical media.

By downloading this software, you agree to the terms above.

THE ONLY HARDWARE I TESTED IT ON:

32-BIT OS IS NOT SUPPORTED AND WILL ALWAYS NOT WORK. (until the certain bug is fixed.)

(it's a mobile Laptop GPU, so it's terrible. Fyi)

(it's a mobile quad core CPU, but nowadays it's also terrible, fyi)

In other words, if you have anything that's as close to that, or better, the game will run fine.

I - SUPER SONIC (if you have 50 rings or more, also that input will be changed to something else later.)

It's just a zip archive. Unpack and play at any place on your drive or even a desktop.

Save file is in:

C:\Users\YourUsername\AppData\LocalLow\Into The Sky Games\ (On windows, on Linux i have no idea.)

In case ya wanna screw around with that. 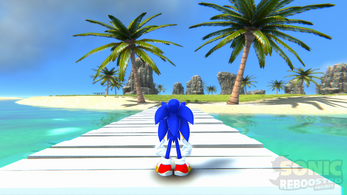 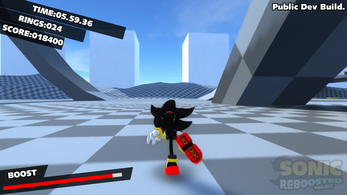 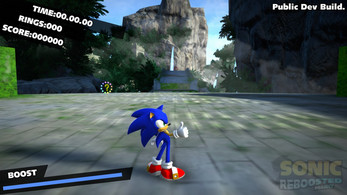 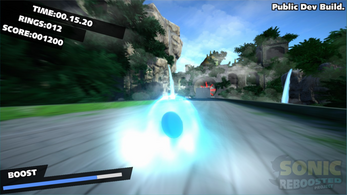 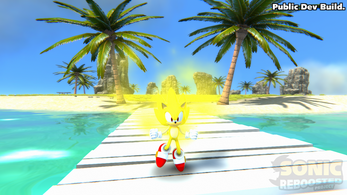